Just got back from recording some new material with Dom Frank’s Strayhorn. No idea when it will be available to listen to but I’ll post it up here when it is. It featured Alex Steele and John Law on Piano, James Agg on Bass and of course Dom Franks on Saxophones. We recorded it at Fieldgate Studios near Cardiff. One of the best studios I’ve ever been to. Below is a picture of us on the second morning of recording. 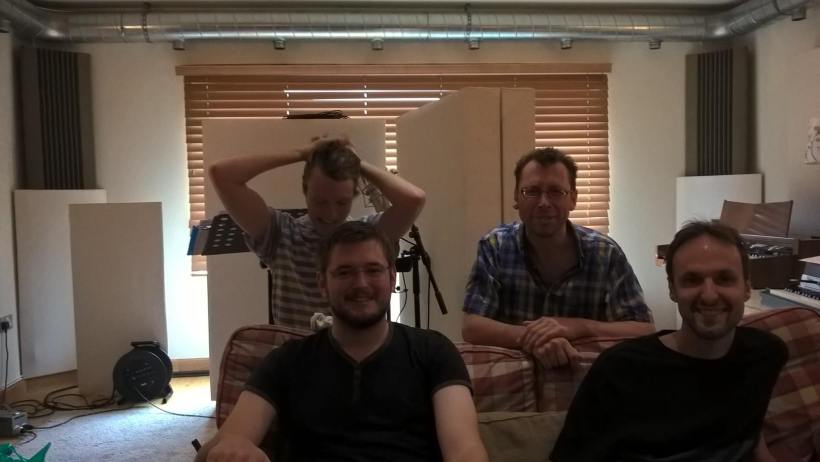